Almost five years on from the Grenfell Tower tragedy; the local community has been brought together for a one-of-a-kind football tournament to remember the 72 innocent lives lost in the tragic 2017 fire: The Grenfell Memorial Cup.

Paul Menacer, Karim Mussilhy, and The Grenfell Foundation organised the one day event – held at the Kiyan Prince Foundation Stadium with the support of QPR – as a testament to the togetherness of people who have been failed in unimaginable ways by the government.

Following the immediate aftermath of the tragedy, football was one of the many ways a broken community began to heal, with the beautiful game helping to raise funds for those affected by the fire through the ‘Game 4 Grenfell’.

Since then, Grenfell Athletic was formed, rising from the ashes to provide a positive purpose and serve as a needed distraction for those affected by the disaster. Having gone from strength to strength, the club now finds itself in the Premier Division of the Middlesex County Sunday League. 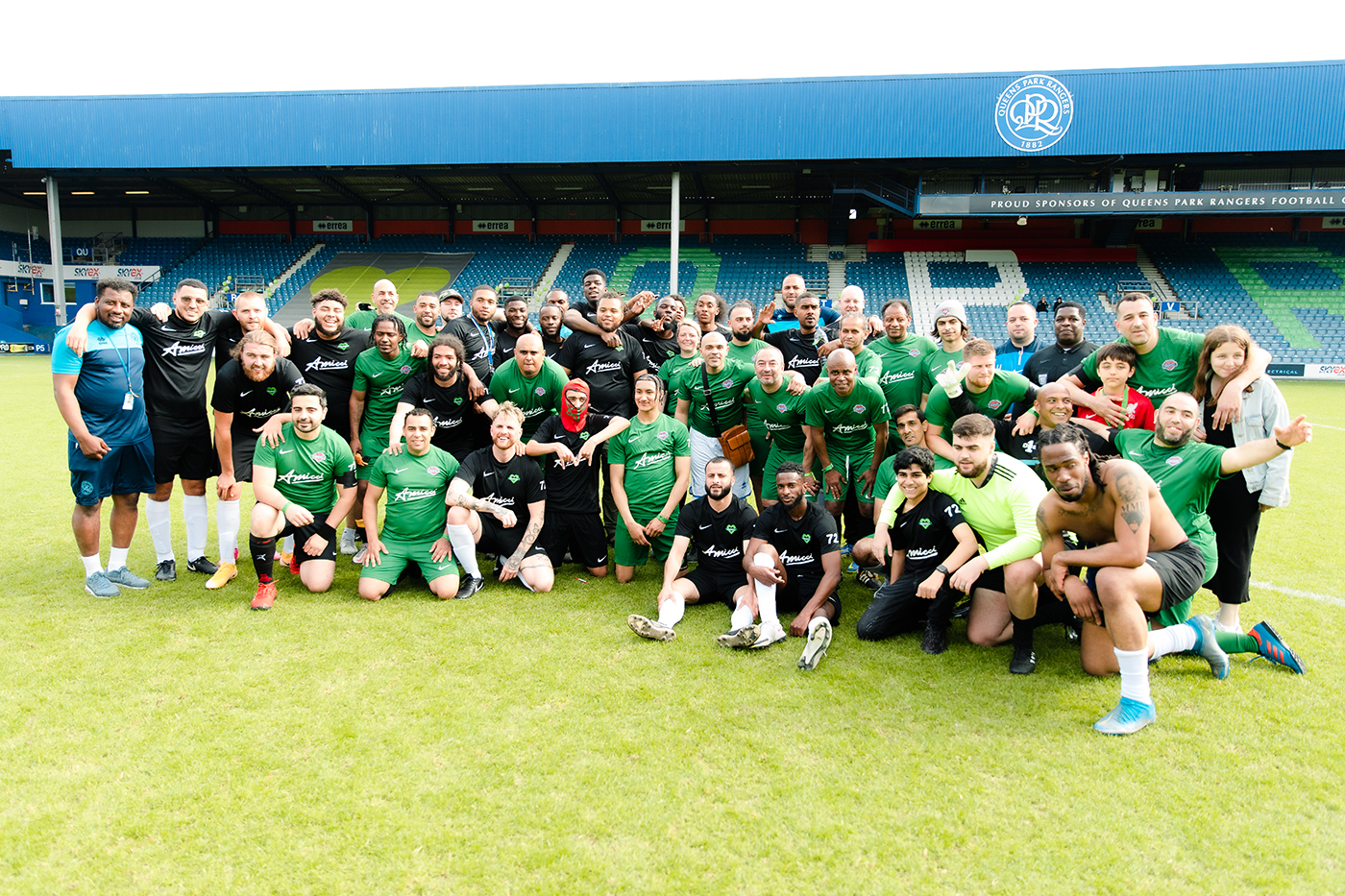 Last Saturday saw the inaugural Grenfell Memorial Cup take place, with all 4000 tickets made available free of charge. The day kicked off at 10 am with a five-a-side tournament, eight U14 sides battling it out to be crowned Grenfell Memorial Youth Cup Champions. It was a once-in-a-lifetime experience for many of the kids playing on the QPR turf, in front of a crowd, as Latimer Unity were crowned champions.

An eight-a-side game involving Latimer Veterans then followed, highlighting the inclusivity of the well-delivered event, with children interacting alongside the older members of their community all for a positive cause.

It is difficult to put into words how strong these people have had to be to continue smiling and coming together to uplift each other. It is even harder to believe that from such devastation so many young leaders have been born and are empowering the rest of the community.

Mentally, Grenfell has taken a massive toll on people throughout the area, football has helped give many a different focus and take their minds away from difficult thoughts for the 90 minutes they spend on the pitch. Minds United FC competed and were victorious in the Mental Health Tournament, the last 5-a-side event of the day. 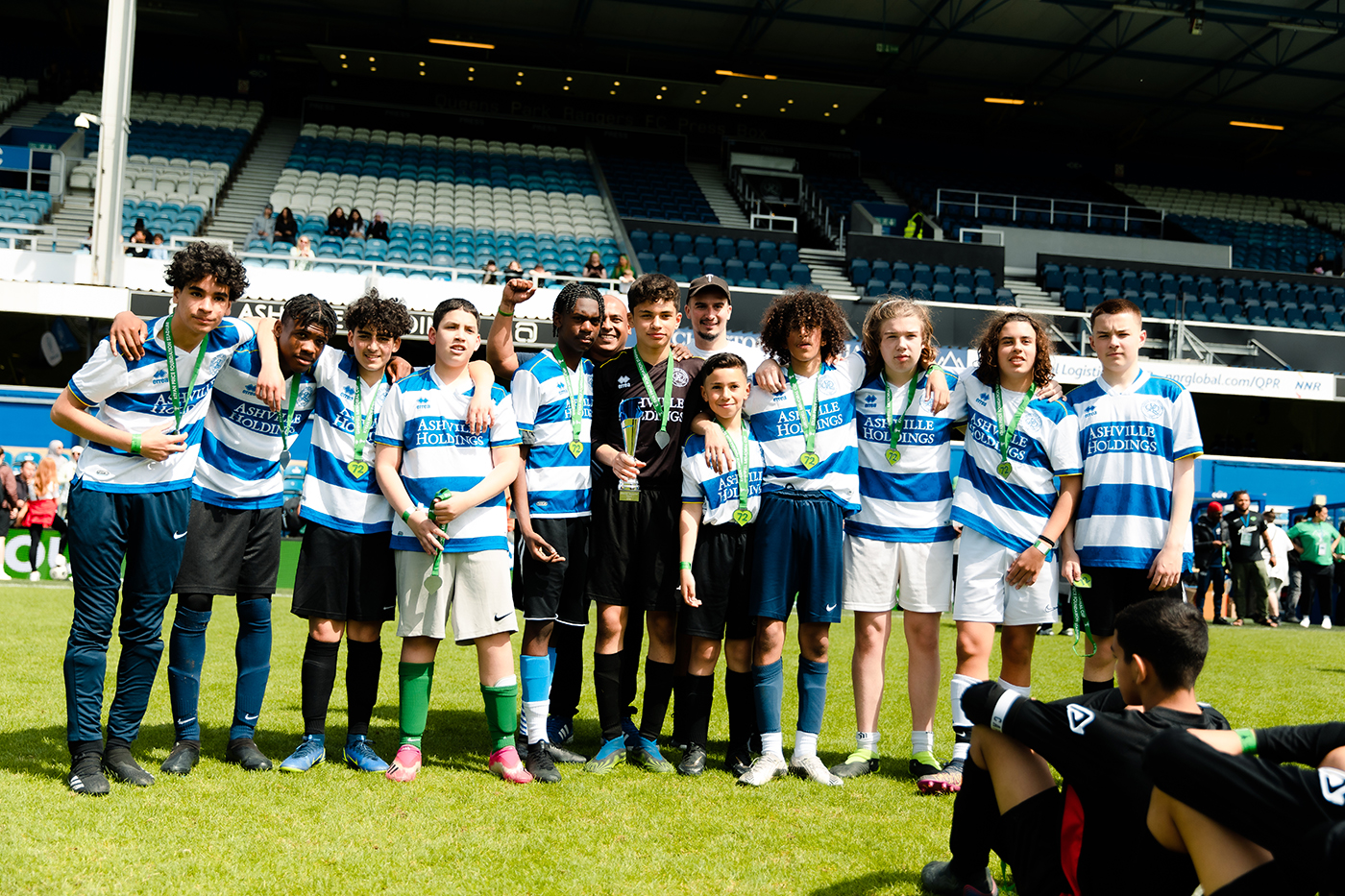 Mothers, fathers, brothers, sisters, sons, daughters, and other relatives had the heart-warming opportunity of watching their loved ones battle it out on the pitch in the name of the 72 lost lives. Kensington Impact proved to be the best team on the day, winning the 11-a-side final.

Minds United FC had the opportunity to pick up their second piece of silverware on the day as they faced Grenfell Athletic Women and some special guests.

The foundations for women and youth teams at Grenfell Athletic have been laid and their victory over Minds United in this one-off fixture will only accelerate the process of building these sides to compete regularly. 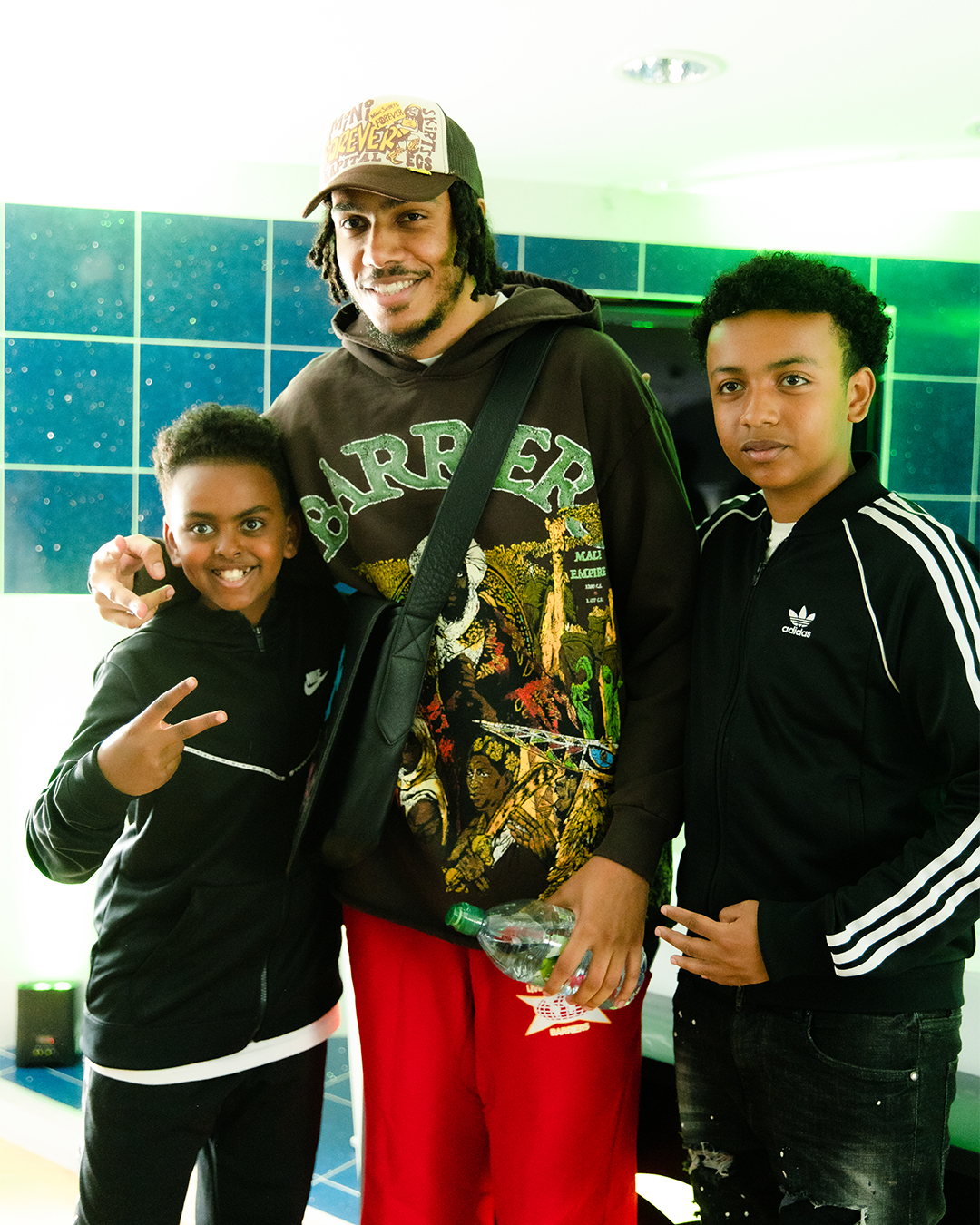 Xbox UK set up a lounge in the media suite for the young people to enjoy filled with consoles and some special guests for the kids to challenge. AJ Tracey and Elz the Witch pulled up to show their support, playing against the local children.

Despite not playing in the all-star fixture, AJ Tracey felt it was important as one of West London’s biggest icons to come down and make time for the people of his community.

“Although I didn’t play, it was amazing to come down and play Xbox with the young people of my community. It’s amazing to see what good has come out of such a huge tragedy. But still, we need justice for Grenfell!”

Youtuber Kristen Hanby and boxer David Adeleye also made a trip to the Xbox lounge before their all-star fixture. 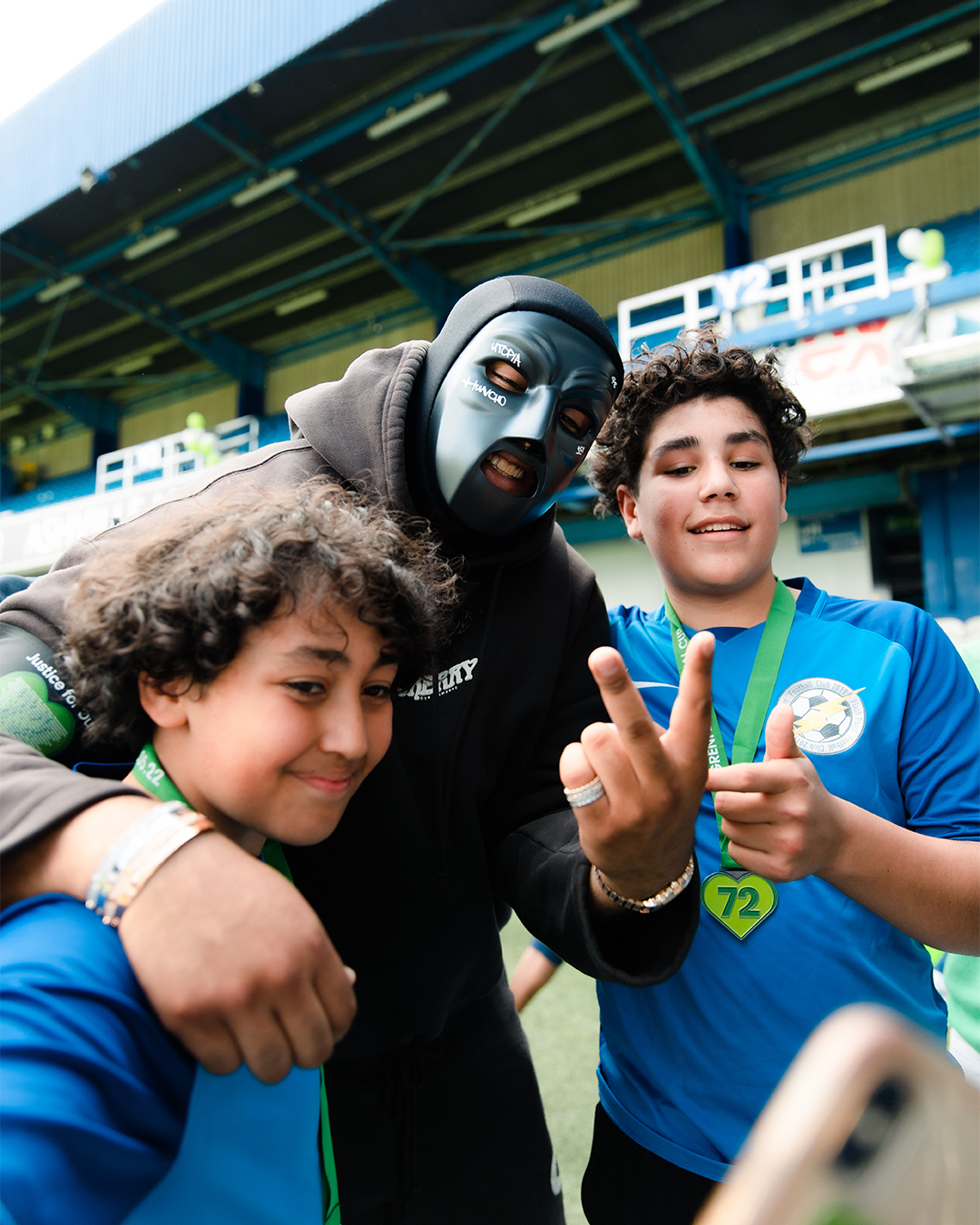 Some of the biggest names in the UK music scene featured in an impressive line-up for the North Kensington All-Stars game. Avelino, Big Zuu, Mo the Comedian, and local upcoming star Benzz were just some of the names that donned their kit for the charity game. M Huncho was present on the touchline, doing his best Jose Mourinho impression, as he guided the all-stars to victory.

Mo Gilligan scored a goal from what looked to be a cross and some very suspect goalkeeping, however, David Adeleye scored a ‘worldie’ that suggested he might be in the wrong sporting profession.

Big Zuu proved to be very popular with the kids in the crowd on their lap of honour, fresh from picking up two BAFTAs just two weeks before.

He understood the importance of the day having grown up in the local area and showed true support for his community.

“Today is more important. The BAFTAs – it’s lovely to get an accolade like that but caring about your local community is way more important. It’s easy to be involved at the start and it’s even easier to forget – it’s almost five years now. To see the community come out and to have QPR give us the place is so important to show that the love is still there, that we haven’t forgotten. Grenfell is still in our hearts.” 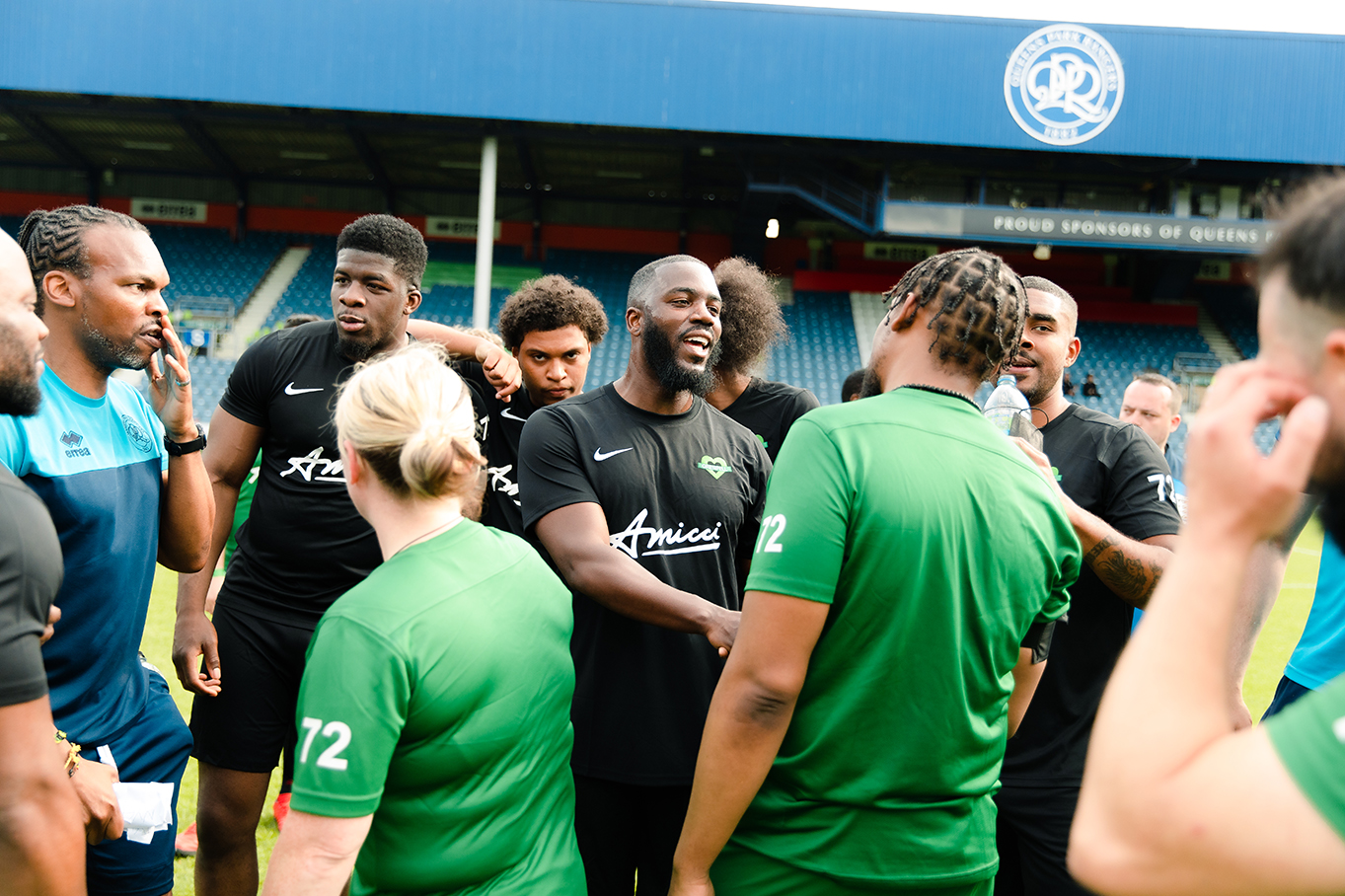 During a very poignant memorial on the centre circle of the pitch, all 72 names of those who lost their lives were read out and remembered. A moment of silence lasting 72 seconds was then followed by 72 seconds of applause, reminding all 600 participants and the 4000 spectators of the reason they were gathered.

The day was rounded off with the most important and emotionally raw fixture, a 72-minute game involving the bereaved and survivors of the fire, against emergency service personnel ‘blue lights’.

This 11-a-side fixture was won comfortably by the bereaved and survivors’ team, each goal being celebrated with real passion, both on the pitch and in pockets of the crowd. As family members showed their love and appreciation for one another. 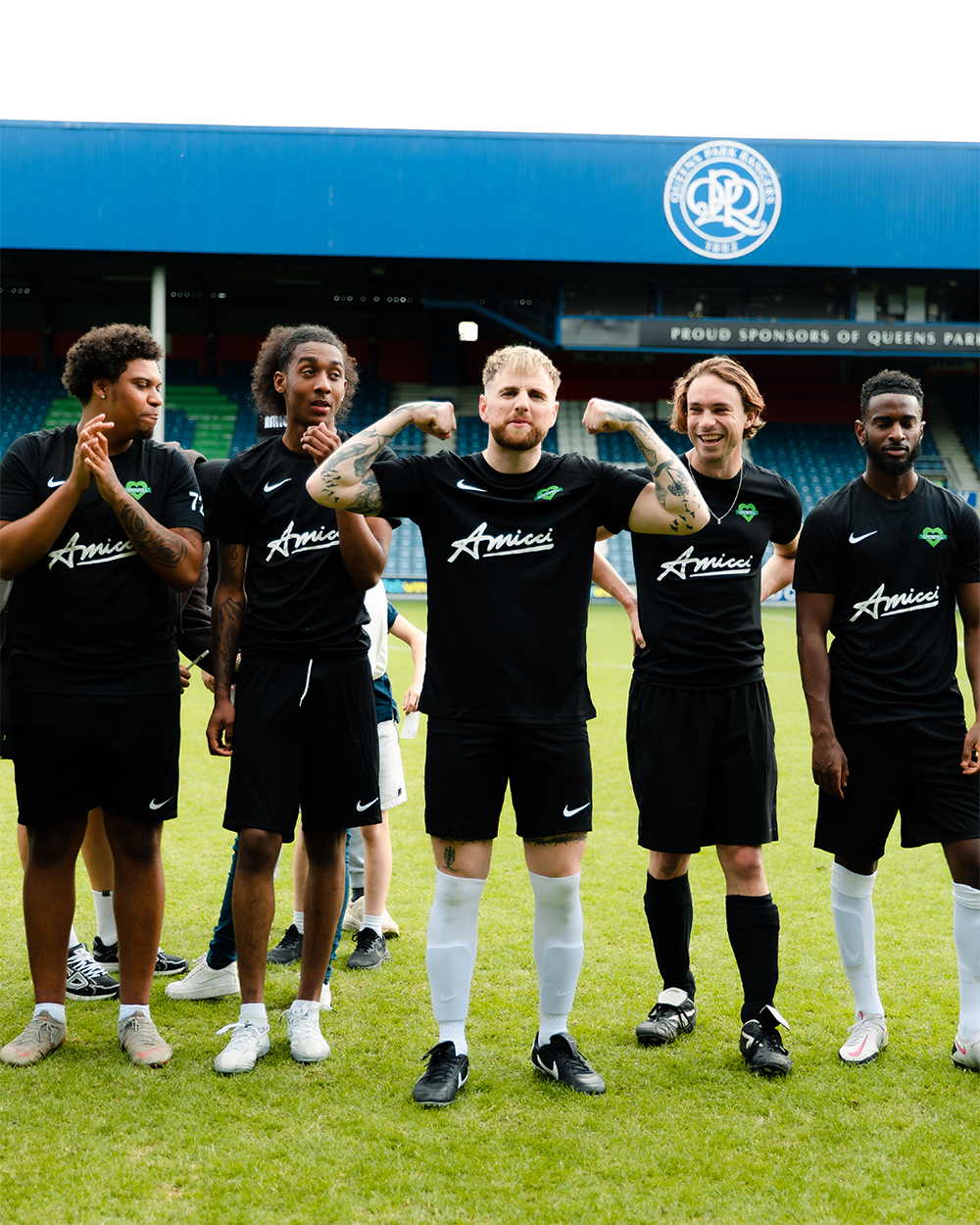 In what proved to be a good day out for the families across West London, football helped to push the message that people will forever remember Grenfell.

Despite the time that has passed since the tragedy, the battle for justice is far from over. The Grenfell Memorial Cup serves an important purpose, and it has shown the meaning it gives an entire community.